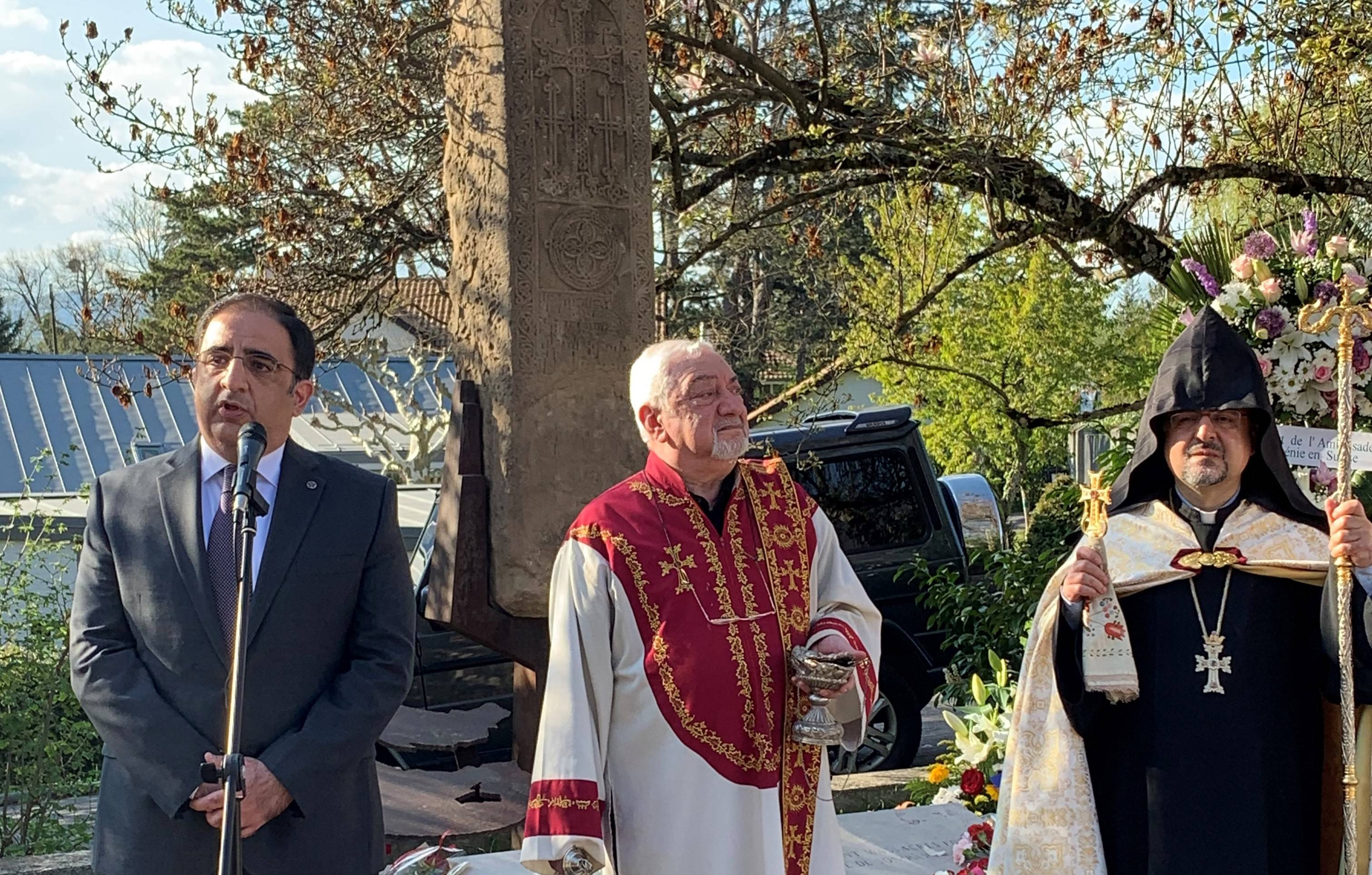 H.E. Andranik Hovhannisyan, Ambassador of Armenia to Switzerland, laid the wreath at the Armenian Genocide Memorial Monument. He then addressed the audience and expressed appreciation to those Swiss women and men who supported our people and saved the lives of hundreds. He particularly noted: “Despite all calamities, Armenian people found the strength and will to survive and raise both at the motherland Armenia and in diaspora across the globe. Moreover, Armenian people made an independent Armenian statehood a reality. It was exactly against that prospect the Ottoman leaders were trying to prevent executing their monstrous plan of the destruction of Armenian race. Today too, the bells of Sardarapat are ringing and calling us to keep the independent State of Armenia strong and firm as the indispensable guarantor for the eternal existence of the Armenian people”.

On the same day commemoration events dedicated to the 106th anniversary of the Armenian Genocide also took place in Zurich, Ticino, Dübendorf and other Swiss towns.