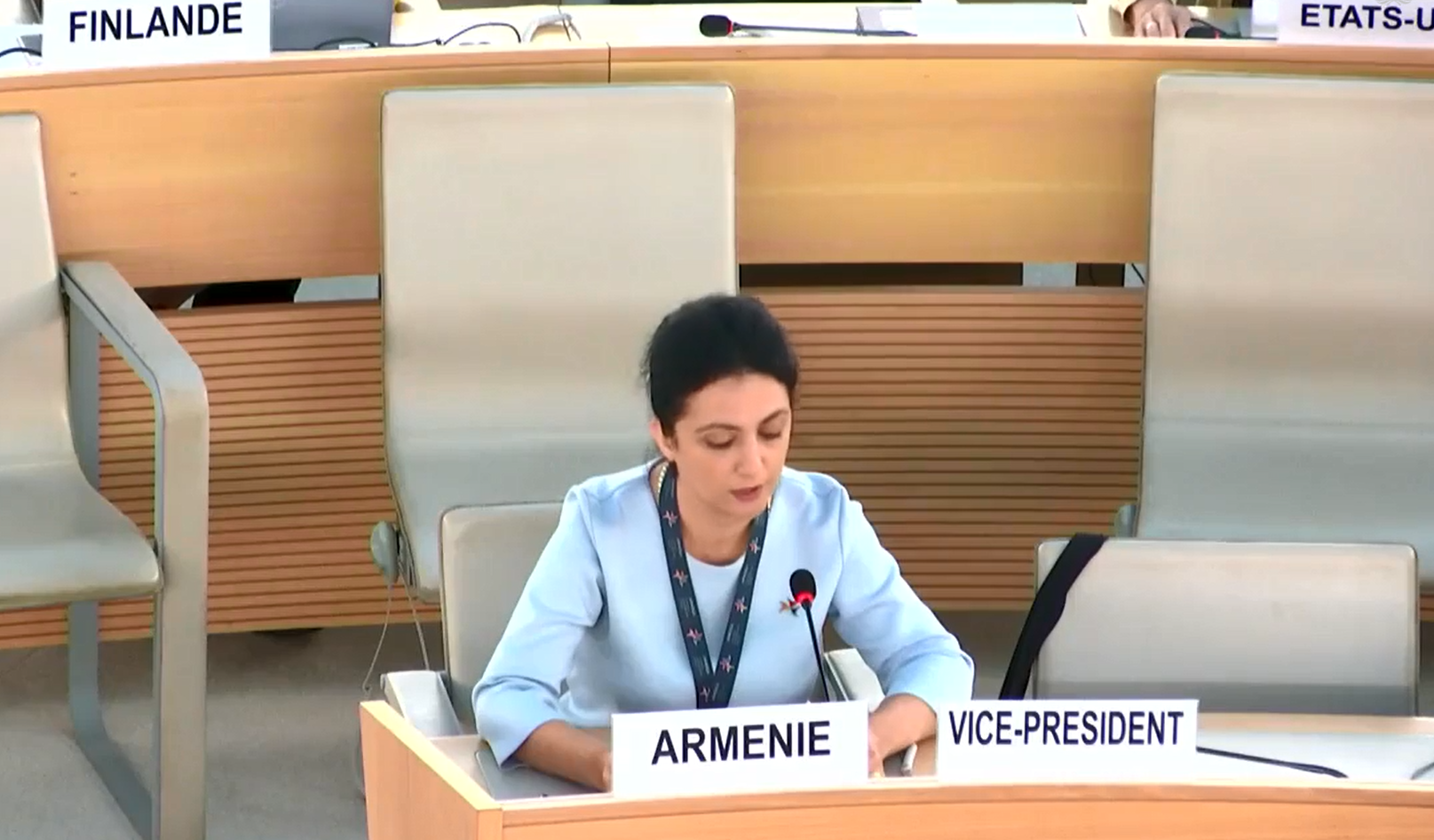 Armenia congratulates the Working Group on the 30th anniversary of the Declaration on the Protection of All Persons from Enforced Disappearance and thank the WG for its open and constructive engagement with the member states.

We took a careful note of the reports presented for this dialogue, and would like to commend the commitment and efforts of the Government of Cyprus in this regard.

As the WG embarks on the study of dual use of new technologies, we would like to inform that dozens of Armenian servicemen and civilians who fall victims of enforced disappearance during the aggression of Azerbaijan against Nagorno-Karabakh in 2020, were filmed by Azerbaijani servicemen. Those videos depicting torture, beheadings and other forms of arbitrary killings, were widely disseminated by Azerbaijani users in social media.

Azerbaijan has applied the same criminal policy during its recent aggression against Armenia. A 19-year-old conscript had been filmed in Azerbaijani captivity wounded in shoulder. Two days later his body was repatriated. We are very much concerned about the fate of numerous other missing persons.

We would like to further inform that sophisticated technologies are also utilized by Azerbaijan for illegal surveillance of domestic civil society and Azerbaijani dissidents abroad.

Armenia asked for the floor to exercise its right of reply to the statements made by Azerbaijan.

It takes particular degree of cynicism by Azerbaijan to politicize a humanitarian issue that is a direct consequence of its own policy. For the course of thirty years Azerbaijan is inflicting wars and destructions widely utilizing atrocity crimes, abductions, arbitrary detention and killings as a method of terror. In a course of thirty years Azerbaijan rejected all humanitarian initiatives and confidence building measures, including the ones put forward by the internationally agreed mediating format of OSCE Minsk group Co-chairmanship.

We reiterate, Armenian side had close to 800 missing persons during the first war in 90s and hundreds of Armenians count as missing from the fall 2020 war in Nagorno-Karabakh. Furthermore, in the course of recent aggression against my country hundreds of Armenian servicemen and civilians were killed, taken hostage or disappeared. For Armenian side the issue of missing persons has never been a war of numbers. And we will certainly not let the country which aims at dehumanisation of Armenians, denial of rights and dignity of Nagorno Karabakh people and their ethnic cleansing, to build its shallow political narratives on the issue of enforced disappearances. Azerbaijan never acceded to the First Additional Protocol to the Geneva Conventions, never ratified the Convention on Enforced Disappearances and constantly violated norms and basically all humanitarian principles. Enforced disappearances were widely used against its own citizens in several high profile torture cases in Azerbaijan, such as the Tartar case.