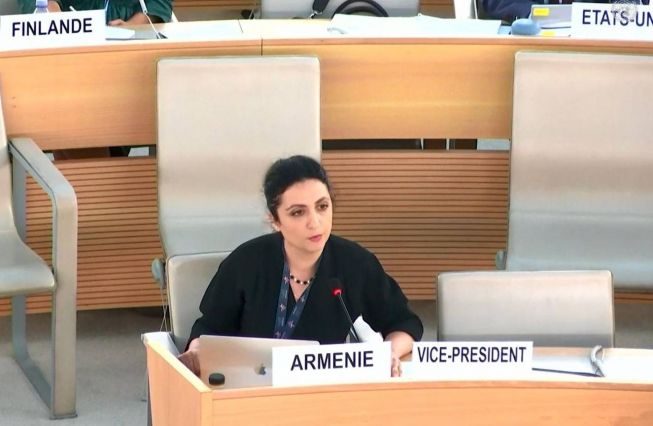 Armenia thanks the Working Group for presenting their activities to the Council.

We took a careful note of the thematic issues explored in the report, specifically on the use of torture and ill treatment for extracting confession and incriminating information.

Once again, Armenia is obliged to draw the attention of this Council to the arbitrary detention by Azerbaijan of Armenian prisoners of war and civilians who are arbitrary detained in the country notorious of its practices of torture. In a country where independence of judiciary is close to non-existence, the mock trials of Armenians have been administered by the very same judges infamous for sentencing the remnants of Azerbaijani civil society.

We are very much cognizant of the fact that Azerbaijan disrespects the judgements of the International Courts with regard to Armenian PoWs, the fact that Azerbaijan never cared to reply to dozens of Communications by Special Procedures, including the recent one by this WG, concerning Azerbaijani human rights defender Elchin Mammad. But this deploring record must not serve as a blank check for Azerbaijani leadership to multiply injustice. The recent aggression against Armenia and horrendous war crimes committed in a course of just several days on occupied Armenian soil, demand immediate and holistic accountability for the years of impunity.