HRC 50th Session: Decisions and conclusions General Comment on the draft resolution The importance of casualty recording for the promotion and protection of human rights: Delivered by H.E. Andranik HOVHANNISYAN, Permanent Representative 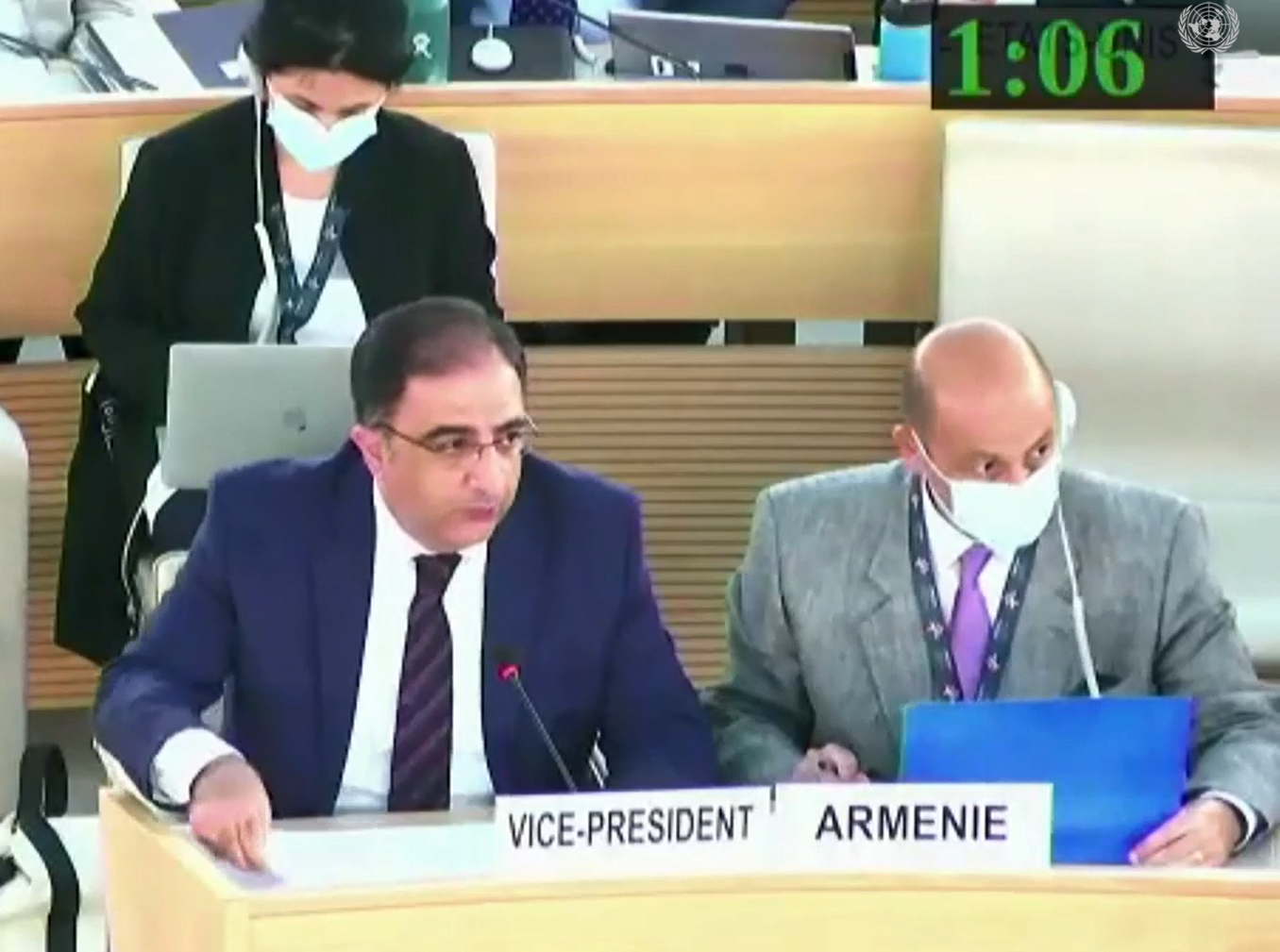 General Comment on the draft resolution The importance of casualty recording for the promotion and protection of human rights (A/HRC/50/L.6)

Armenia thanks the core group, namely our distinguished colleagues from Liechtenstein, Costa Rica, Croatia and Sierra Leone, for their diligent work in steering negotiations on this new initiative that we have wholeheartedly supported. We also express our appreciation for the transparent and efficient process of the informal consultations that the core group convened. Armenia has constructively participated in and contributed to those deliberations.

We share the core group’s view that there is a need to bring the importance of casualty recording to the attention of this august Council in order to develop international understanding about it and promote it as a best practice. As penholder of the HRC resolution on Prevention of genocide, Armenia recognizes casualty recording as a human rights issue which can greatly facilitate implementation of the States’ existing IHL and IHRL commitments.

In our view, casualty recording should contribute to a larger effort to preserve historic memory related to gross human rights violations and abuses as well as serious violations of international humanitarian law. In this context we emphasize the importance of the Convention on the Prevention and Punishment of the Crime of Genocide, which was the first human rights treaty adopted by the General Assembly on 9 December 1948, succeeded by the adoption of the Universal Declaration of Human Rights on the next day.

Armenia, furthermore, stresses that genocide can be committed both in time of peace and in time of war. We have collectively recognized it as a crime under international law and committed ourselves to preventing and punishing it.

We hope for and look forward to the consensual adoption of this resolution. Armenia thanks all States and other stakeholders who contributed to discussions on this initiative with this noble aim in mind.