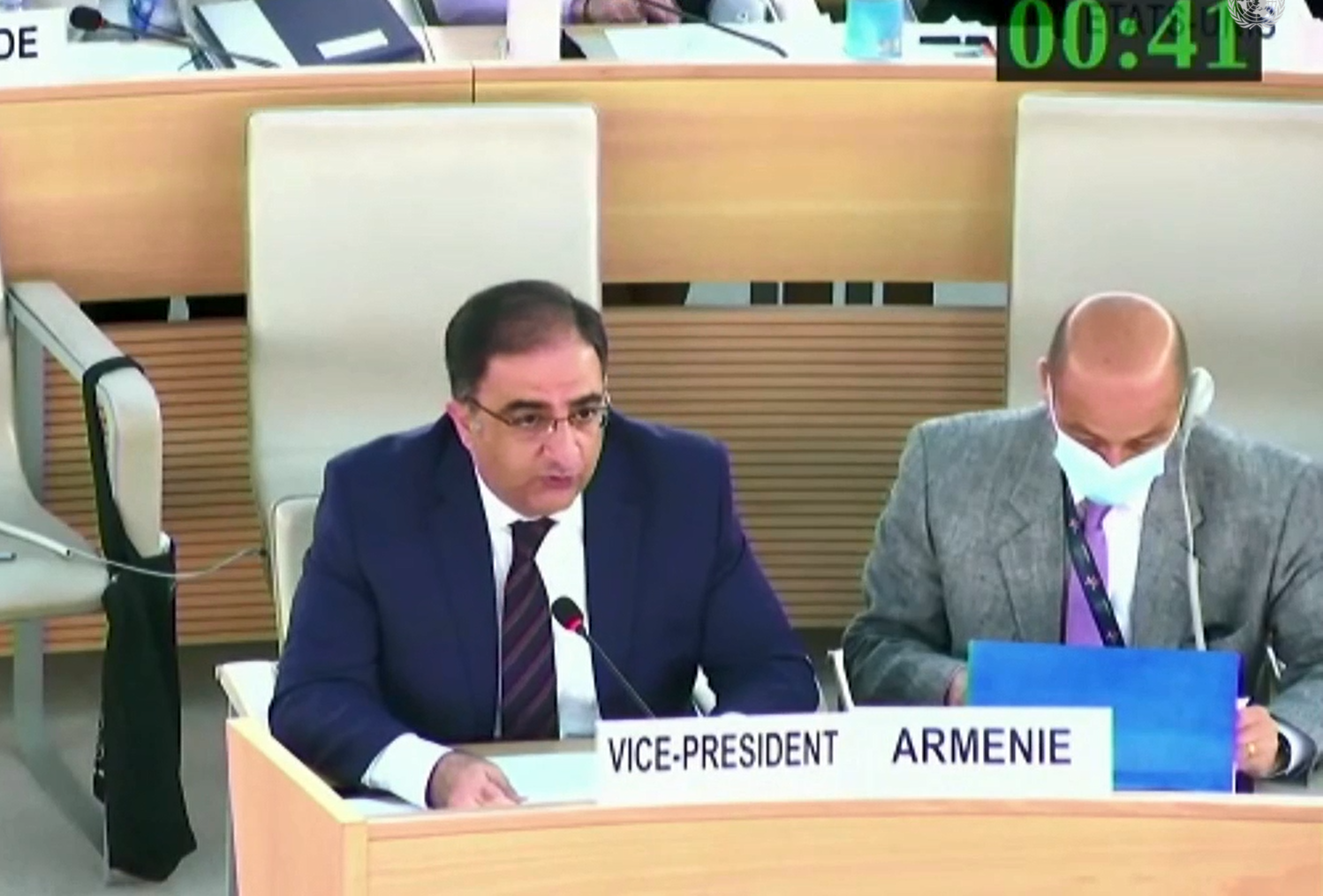 General Comment on the draft resolution Mandate of the Special Rapporteur on the human rights of internally displaced persons (A/HRC/50/L.4)

Armenia thanks the core group, namely our distinguished colleagues from Austria, Honduras and Uganda, for their diligent work in steering negotiations on this pertinent and timely resolution. We support the mandate of the Special Rapporteur on the human rights of internally displaced persons and are looking forward to its consensual approval.

Armenia is convinced that forced displacement should be addressed properly as a whole, including its root causes and the human rights of refugees, internally displaced, stateless and other persons of concern. We are extremely concerned that despite the continually repeated warnings and admonitions, the global forced displacement crisis continues unabated and shows no signs of being manageable or scaled down.

This crisis is manifested by continuously growing record figures of the world’s forcibly displaced population, which this year crossed the chilling threshold of 100 million people. 60 million IDPs constitute their majority, and it has been a persisting trend over the past decade.

Armenia is convinced that the UN, its agencies and other humanitarian actors have been bestowed with a universal mandate and should enjoy unconditional, unimpeded, unhindered and unfettered access to the people in need, wherever they are and in all circumstances. We find unacceptable politicization of the humanitarian access for the UN system.

Armenia is gravely concerned that there are entire areas that the UN system should be dealing with, including their substantial forcibly displaced population, which have been marginalized and made inaccessible for humanitarian assistance.

In this context we recall the Secretary General’s High-Level Panel’s Report “Shining a light on internal displacement” and its recommendation 9 about strengthening the quality of protection and assistance to IDPs and host communities. It is noteworthy that it was the only explicit reference to the UN human rights machinery by the Panel.

The Panel concluded that in cases where humanitarian access is unduly restricted or denied, the UN and donor States should strongly advocate for access, including on behalf of NGOs. Furthermore, where unwarranted access constraints persist, the State that hinders it should be held accountable through mechanisms and tools of the UN human rights machinery.

Furthermore, the extension of humanitarian assistance should in no way or shape undermine the human rights of the affected persons, their safety and dignity, or discriminate them because of their origin, language, religion, political or other opinion, national or social origin or other status.