HRC 50th Session: Decisions and conclusions Explanation of vote before the vote on the draft Resolution Enhancement of international cooperation in the field of human rights: Delivered by H.E. Andranik Hovhannisyan, Ambassador, Permanent Representative 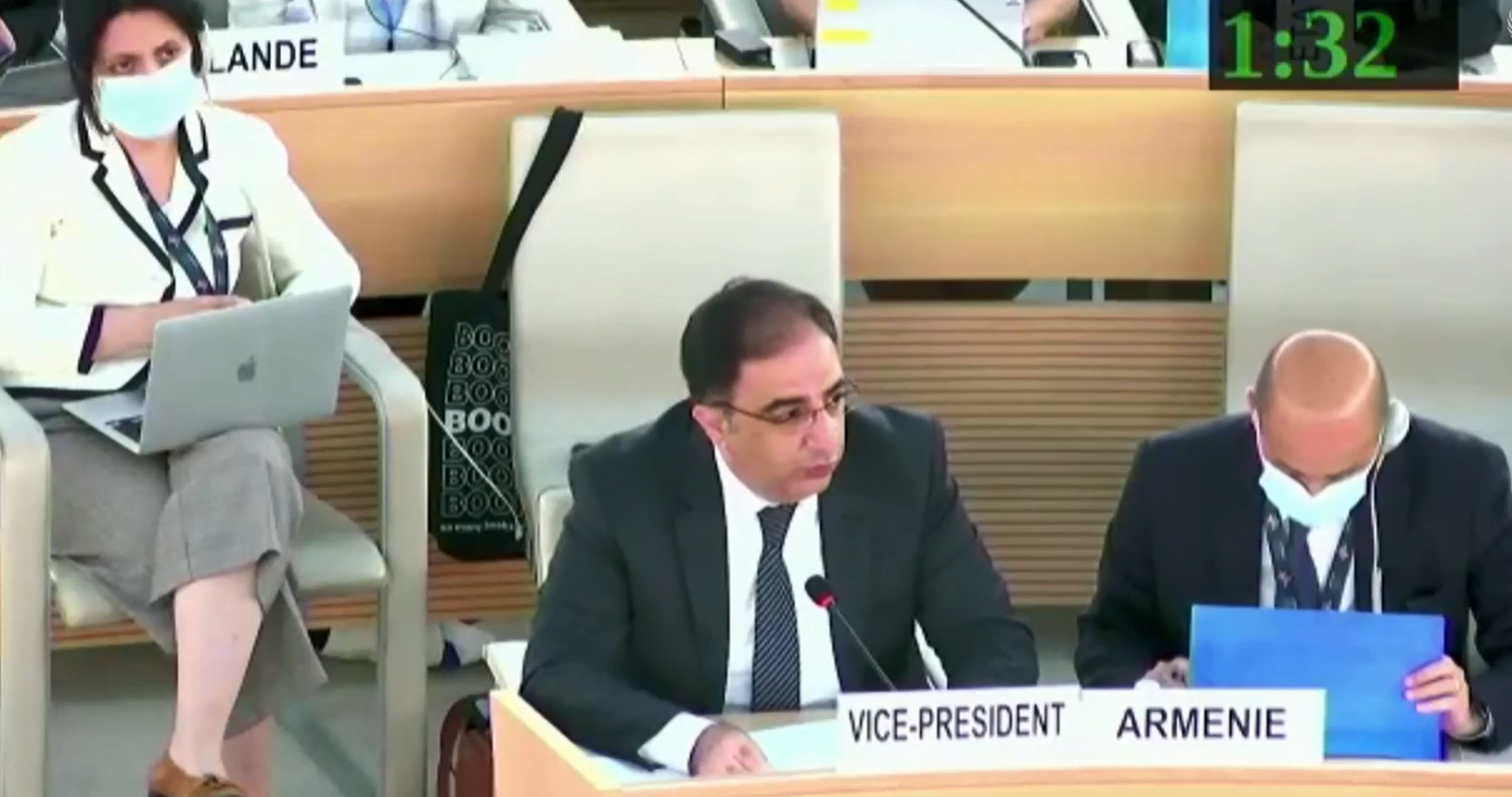 The draft resolution L.1 contains preambular paragraph 9 with an appreciative reference to the final document adopted at the Eighteenth Summit of Heads of State and Government of the Movement of Non-Aligned Countries, held in Baku in 2019. Azerbaijan abused its position of the host State of that Summit to introduce a hostile language in the final document in blatant violation of the purposes and principles of the Movement. The Document is an extensive, 250 pages-long paper that refers to a wide range of various topics and issues, which are not necessarily related to the enhancement of international cooperation in the field of human rights. Hence, Armenia sees no need to recall it in its entirety in this resolution of the Council.

The resolution further contains preambular paragraph 14, which welcomes and recalls the thirty-first special session of the General Assembly in response to the COVID-19 pandemic. We questioned in New York the added value and integrity of Azerbaijan’s initiative against its declared objectives. Azerbaijan’s true motivation had been to take advantage of the pandemic and humanitarian challenges around it as a dressing to its sheer hate speech campaign, the war it unleashed against Nagorno-Karabakh and suffering it brought. Armenia cannot give a blank check welcome to Azerbaijan amid this background.

During the informal consultations Armenia made proposals that could have let retain those references and make them focused specifically on the topic of the respective resolution. All our constructive efforts were ignored by Azerbaijan in the sheer abuse of its position as the President of NAM. In the same manner, the penholder had not addressed similar issues on resolutions it introduced during the previous sessions.

For the reasons mentioned, Armenia had changed its voting pattern and will vote against, if the resolution is going to be voted.

Armenia hopes that the members of the NAM, and with most of them Armenia enjoys excellent rapport, will engage in addressing these concerns. The Movement does not need to get entangled with the position of a member State that happens to belligerently pursue a conflict with my nation.