HRC50: Interactive dialogue with the Special Rapporteur on violence against women, its causes and consequences: Delivered by Mrs. Zoya Stepanyan, First Secretary 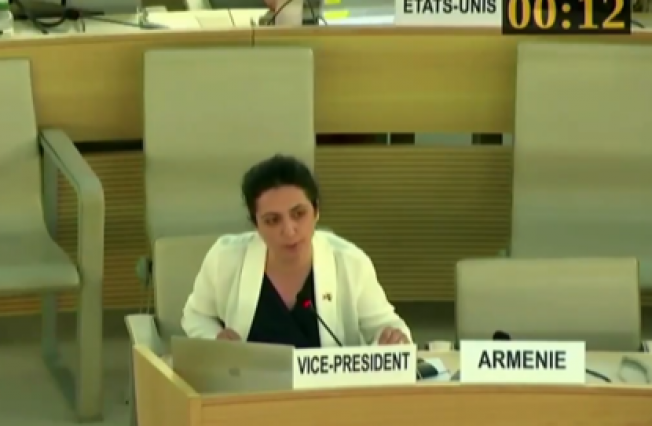 HRC50: Interactive dialogue with the Special Rapporteur on violence against women, its causes and consequences

Armenia welcomes Madam Reem Alsalem in her first engagement with the Council.

We belief that the focus on violence against indigenous women and girls is timely and requires workable accountability mechanisms to address gross violations of individual rights as well as collective rights of indigenous people.

We also look forward to upcoming CEDAW general recommendation to offer solutions in these regard. Armenia would like to stress that access to justice and redress, expanded educational opportunities and tailor made health and protection services, especially for indigenous women and girls living in remote areas, are crucial to prevent violence and address its consequences.

Based on the experience of our own region, we would like to highlight the  detrimental effects of armed conflicts on indigenous population in general, and specific exposure of endogenous women and girls. The use of incendiary weapons, the gross human rights violations, arbitrary killings and war crimes, intentional distraction of cultural, religious heritage and burial sites, as well as state sponsored hate speech and threats are often time instrumentalized to spread fear among indigenous population, cause forced displacement and make the land uninhabitable.

As a staunch supporter of human rights based approaches, we consider unhindered participation of indigenous women in UN fora and un-politicized access to indigenous population as an overarching principle that should guide actions for indigenous women and girls.