Events to commemorate the Armenian Genocide were held in Geneva 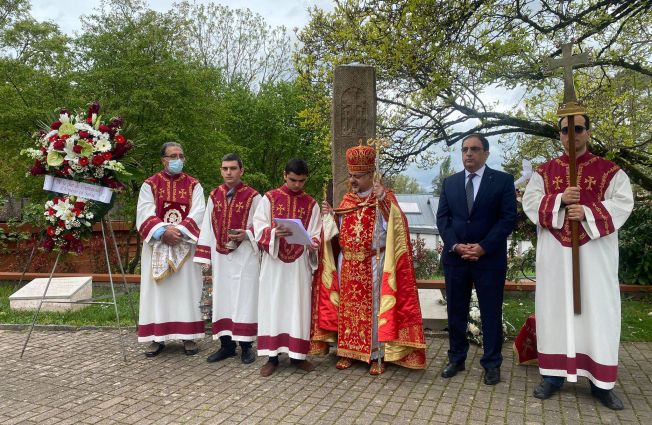 Afterwards, the commemorative events continued in front of “The Lampposts of Memory”, a memorial dedicated to the Armenian Genocide at the Trembley park of Geneva.

Ambassador Andranik Hovhannisyan particularly mentioned that “today we are proud that we have an independent State, and the sacred duty of all of us is to support our Homeland, to unite around it, to strengthen and to develop it. This is the most effective recipe for preventing any such disaster in future” (full text of the speech of the Armenian Ambassador to Switzerland can be found at https://bit.ly/3EHB6yd.

The speeches were followed by the cultural part of the event, within the framework of which works by Komitas and Barsegh Kanachyan were performed, as well as the representatives of the Armenian community recited in French poems by Vahan Tekeyan, William Saroyan and other prominent Armenian authors.

Commemorative events dedicated to the 107th anniversary of the Armenian Genocide were also held in Zurich, Oberentfelden and Bern.