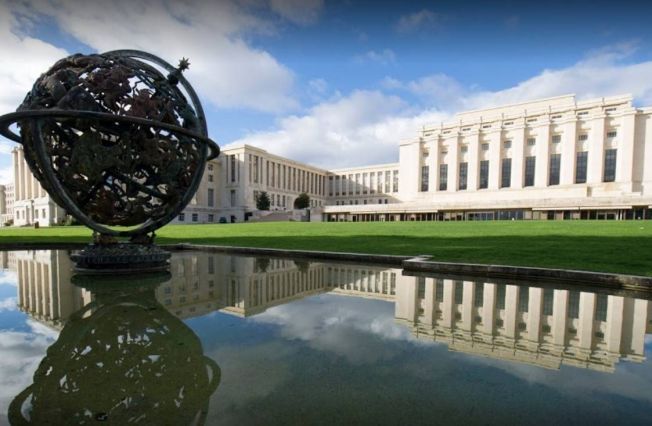 The 48th Session of the UN Human Rights Council (HRC) was held in Geneva from September 13 to October 11, 2021. The discussions were focused on a wide range of issues related to the human rights protection, as well as the human rights situations in different countries.

The Republic of Armenia initiated a Joint Statement within the framework of the Session. Nineteen countries from all UN regional groups have joined the Statement, which was dedicated to the protection of the international humanitarian law and international human rights law, and condemned the unlawful use of force, hate speech, and large-scale propaganda of war. It was reiterated that the prisoners of war (PoWs) and internees must be released and repatriated without delay after the cessation of the active military hostilities. The hostage-taking, prolonged detention of the PoWs and internees for bargaining purposes is prohibited under international humanitarian law.

the delegation of Armenia also delivered 41 statements in its national capacity, addressing the main topics discussed during the Session presenting our country’s experience and reiterating Armenia’s commitment to protecting human rights.

The statements by the delegation of Armenia referred to the continuing consequences of Azerbaijan’s aggression against the indigenous Armenian population of Artsakh and numerous human rights violations, including the right to life, resulting from Azerbaijan’s encroachments into the internationally recognized sovereign territory of the Republic of Armenia. It has further drawn the attention of the UN Working Group on Mercenaries to the need for a consistent and thorough investigation of the transfer of the armed terrorists from the Middle East.

During the dialogue with the UN Working Group on Enforced Disappearances, the Republic of Armenia emphasized the direct responsibility of Azerbaijan for numerous cases of disappearances, while there is undeniable documentary evidence of their captivity in Azerbaijan. The Republic of Armenia also addressed the cases of racial discrimination, belligerent statements and large-scale propaganda of Armenophobia, which are fraught with the threat of incitement to violence.

The Republic of Armenia informed that it had instituted proceedings before the International Court of Justice to prevent further violations of the provisions of the International Convention on the Elimination of Racial Discrimination against Armenians by Azerbaijan., Armenia stressed that the UN human rights mechanisms and special procedures have to play a specific preventive role in that regard. Azerbaijan, meanwhile, ignores the communications and inquiries of the HRC special procedures mandate holders concerning the violations of the international human rights law and international humanitarian law in Nagorno-Karabakh.

In the course of the Session, Armenia circulated eight Note Verbales that predominantly concentrated on the human rights violations perpetrated by Azerbaijan in the context of the Nagorno-Karabakh conflict.

The Republic of Armenia also actively contributed to the discussions under all HRC agenda items, representing the approaches of Armenia on the rights of the elderly people, indigenous peoples, the issues of water and sanitation, hazardous waste, as well as the right to development. Armenia also discussed the issues of freedom of speech and assembly, human rights defenders, environment, right to privacy in the digital age, among a number of others.

Armenia co-sponsored several resolutions, especially emphasizing political and social participation, free and fair elections, and establishment and maintaining of a humanitarian ceasefire during the pandemic. The Republic of Armenia reaffirmed its principled position on the protection of human rights within the framework of the rule of law, equal opportunities, universal abolition of the death penalty, the fight against racial discrimination, and environmental policy.

The next 49th session of the HRC will start in February 2022.