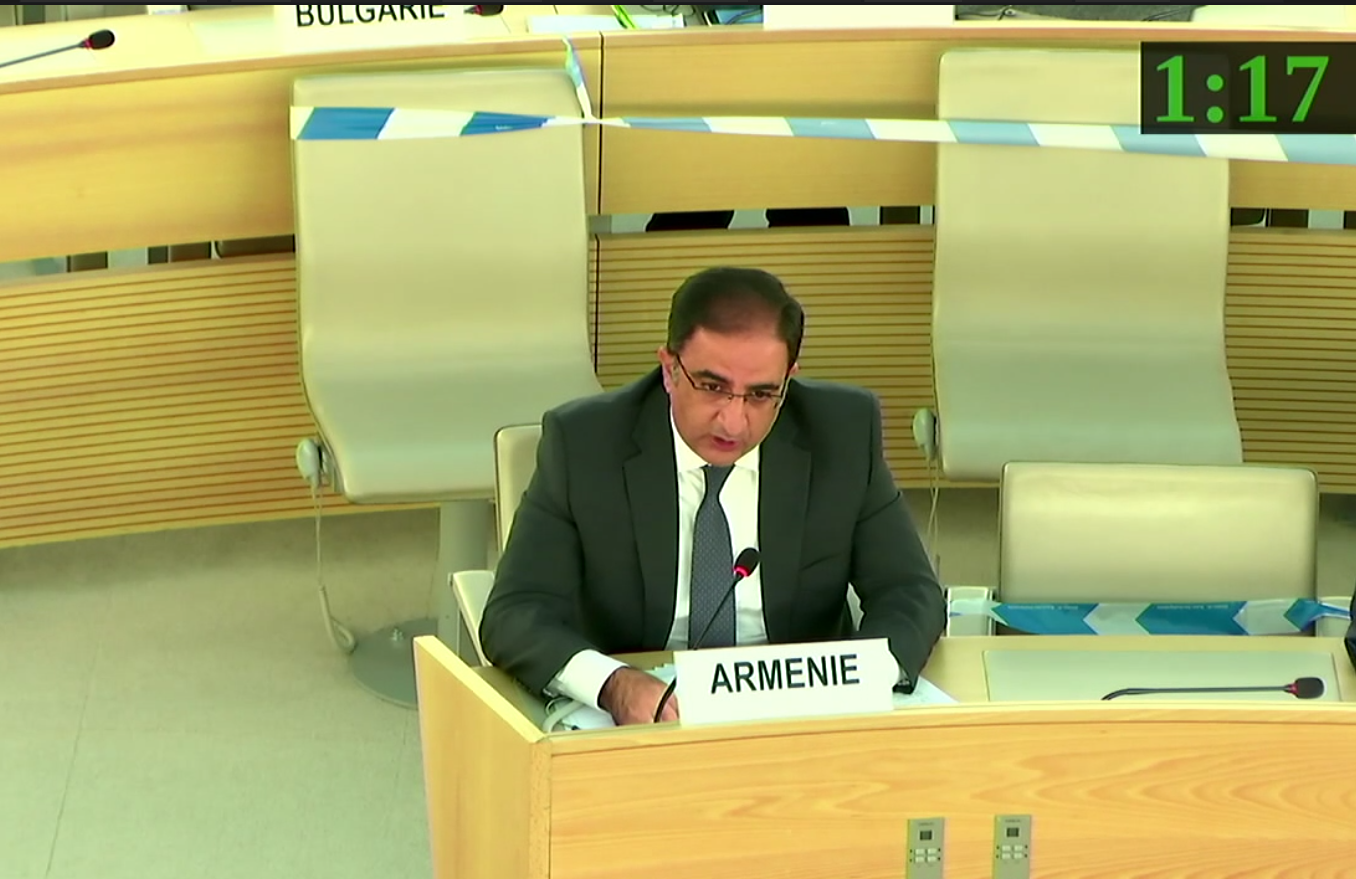 Armenia thanks the core group for presenting the resolution on equal participation in political and public affairs. We were happy to co-sponsor the resolution and we appreciate its focus on women’s participation, which we believe is one of the pertinent issues for addressing the root causes for large spectrum of social, political and economic inequalities and an essential pathway for fostering positive social transformations. In our own country we have reached the 30% of women’s representation in the National Assembly and steady growth of the number of women at the executive decision-making level. At the same time, we are very cognizant of the huge work that lies ahead, especially to ensure greater engagement of women at the local level. Let me also stress that Armenia remains a strong proponent of Women peace and security agenda and sees the need to further enhance the women’s role in peacebuilding processes and overall security sector.

We are also glad to note that the resolution largely captured crucial importance of such fundamental elements as freedom of assembly and expression for full realization of human rights and meaningful civic participation especially in the context of pandemic when there is a need to ensure the fragile balance between reasonable restrictions and civic freedoms.

Armenia also appreciates references to the periodic, free and fair elections in the resolution. As a country which registered a steadfast progress in this area, including through cooperation projects with the UN, we would like to highlight   that genuine, transparent and competitive elections constitute an important milestone in building mature and resilient democracies.

We look forward to intersessional workshop prior to 54th session of HRC and stand ready to mainstream further the issue of political participation.