HRC 48: Item 3 - ID with Independent Expert on the enjoyment of all human rights by older persons Delivered by Ms. Armine Petrosyan, Second Secretary 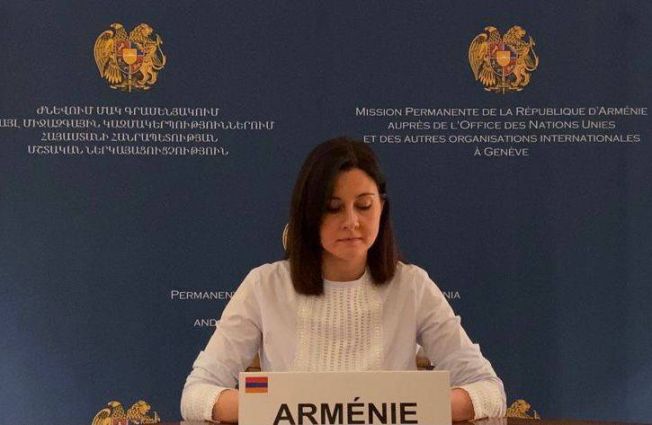 HRC 48th Session: Item 3 - ID with Independent Expert on the enjoyment of all human rights by older persons

We welcome the Independent Expert and thank her for the report.

Armenia appreciates the emphasis of the report on the ageism and age discrimination. We share the Independent Expert`s assertion that States must ensure that protection from discrimination on the basis of age receives the same standard of scrutiny as any other forms of discrimination.

According to the international reports those older persons in Nagorno-Karabakh who did not manage to leave their homes in the war zone were subjected to inhumane treatment by Azerbaijan during its aggression last fall. One of such reports published by “The Guardian” newspaper provides details of beheading of two Armenian elderlies. The videos of these horrendous crimes were posted on the social networks by the perpetrators themselves, who did not cover their faces and openly boasted for the crimes in an obvious atmosphere of impunity.

Almost one year passed from the hostilities, no one has been charged in Azerbaijan for these heinous atrocity crimes.

One of the victims of decapitations was identified as Mr. Genadi Petrosyan, 69 years old refugee from Sumgait, a town in Azerbaijan, where Armenians were massacred in 1988 as a reaction of Azerbaijan to the peaceful movement of Nagorno-Karabakh for self-determination. Numerous observers have identified those massacres as a starting point of the Nagorno-Karabakh conflict.

It is indicative that during the recent war the armed forces of Azerbaijan were leaving inscription “Sumgait” in visible places of the occupied Armenian villages with the clear intention to intimidate the Armenian population.