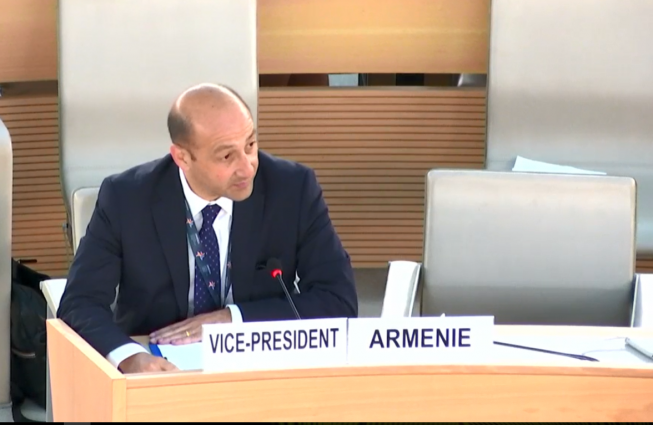 All human beings, by virtue of their humanity, should enjoy all human rights without discrimination on any grounds. Armenia agrees with the Special Rapporteur that descent-based discrimination should be challenged as racism.

In this context Armenia recalls that according to the European Commission Against Racism and Intolerance (ECRI), in Azerbaijan prejudice against Armenians “is so ingrained that describing someone as an Armenian in the media” is considered to be “an insult that justifies initiating judicial proceedings against the persons making such statements.” ECRI observed that “Azerbaijan’s leadership, education system and media are very prolific in their denigration of Armenians.”

The Committee on the Elimination of Racial Discrimination has noted “the repeated and unpunished use of inflammatory language by [Azerbaijani] politicians speaking about the Nagorno-Karabakh conflict and at its adverse impact on the public’s view of ethnic Armenians.”

The International Court of Justice requested Azerbaijan to prevent anti-Armenian incitement and promotion of racial hatred, including by the officials and public institutions.

Any indication of Armenian origin is sufficient reason to deny entry into Azerbaijan. The Human Rights Committee scrutinized this practice, noting with concern that “foreigners with Armenian surnames have been prevented from entering the State party regardless of their nationality.”